Turning over a new leaf… 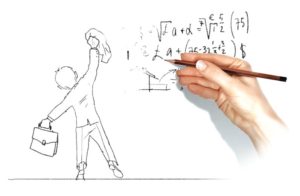 I recently bumped into an accountant friend of mine (in Tesco in Trent Vale as it happens).  He recalled the time when a pottery client of his had called in one of the Big Four to oversee the move to a publicly-quoted company. No names, no pack drill but those two clues will probably point most readers to the identity of the dramatis personae.

Unfazed by what many would see as a snub – as Clint Eastwood says “a man’s gotta know his limitations” – my colleague and his team amiably fitted in with the superstar ‘suits’ and got on with preparations. One day, when it came to the critical question of valuation, the local team pointed out that they had better go over to the client’s premises to carry out a thorough stock take.

Surprisingly, the suggestion was met with disdain. “No, no” said the young tyro in the Armani three-piece: “That’s not relevant – that’s not how we value a company”.

Pottery companies are, of course, unique beasts with the design, production and stock levels of their wares carefully planned to reflect trends, seasons, long-term sales patterns, marketing initiative and much else. Any local accountant would understand that stock contents were an important constituent of the company’s immediate and mid-term value. But not, apparently, the young know-it-alls blowing in on First Class from the City.

Grant Thornton were recently fined £422,500 by the industry watchdog for botching an audit of an unnamed listed company in 2016. The firm was placed under increased scrutiny by the Financial Reporting Council (FRC) this year after poor results in inspections of its audit quality. They were also criticised after signing off the books of cake chain Patisserie Valerie, which collapsed following an accounting error (now being probed by the Serious Fraud Office).

This penalty was for – guess what? Grant Thornton had failed to obtain enough information to properly value its client’s key assets. So no surprises there, then.

This report was carried in the Daily Telegraph and alongside it the newspaper had a panel of other “accounting scandals”. The headlines included:

After all these years,  the Big Four – and others – are still making the same elementary mistakes. It is high time that they seriously addressed these failings and began a new chapter of professional,  knowledgeable and accurate work.

Now – when it comes to turning over a new leaf, I am going to practice what I preach.  I regularly publish blogs relating to insolvency and corporate matters and it has been gratifying to see the large number of ‘hits’ these blogs have generated over the years. I am grateful to those many professionals who have commented on them (usually favourably!).

As I move more into my role of Business Doctor, helping business owners and directors navigate through whatever choppy waters they have sailed into, and then helping them grow, my blogs will reflect a more rounded view of corporate life, not just the insolvency side.

But the old year is turning and new horizons beckon. To all my friends, clients and colleagues I wish you a Merry Christmas and in the New Year may you be blessed with 2020 vision…

We use cookies to ensure that we give you the best experience on our website. If you continue to use this site we will assume that you are happy with it.Ok